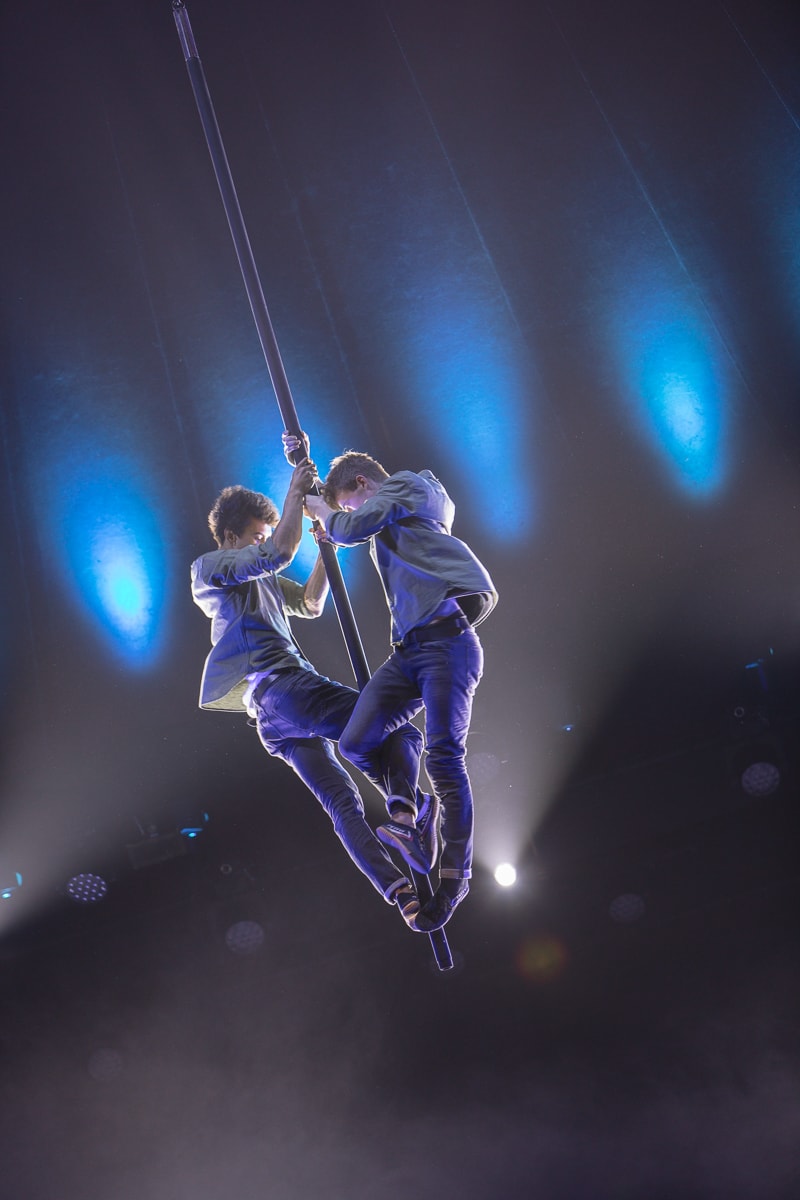 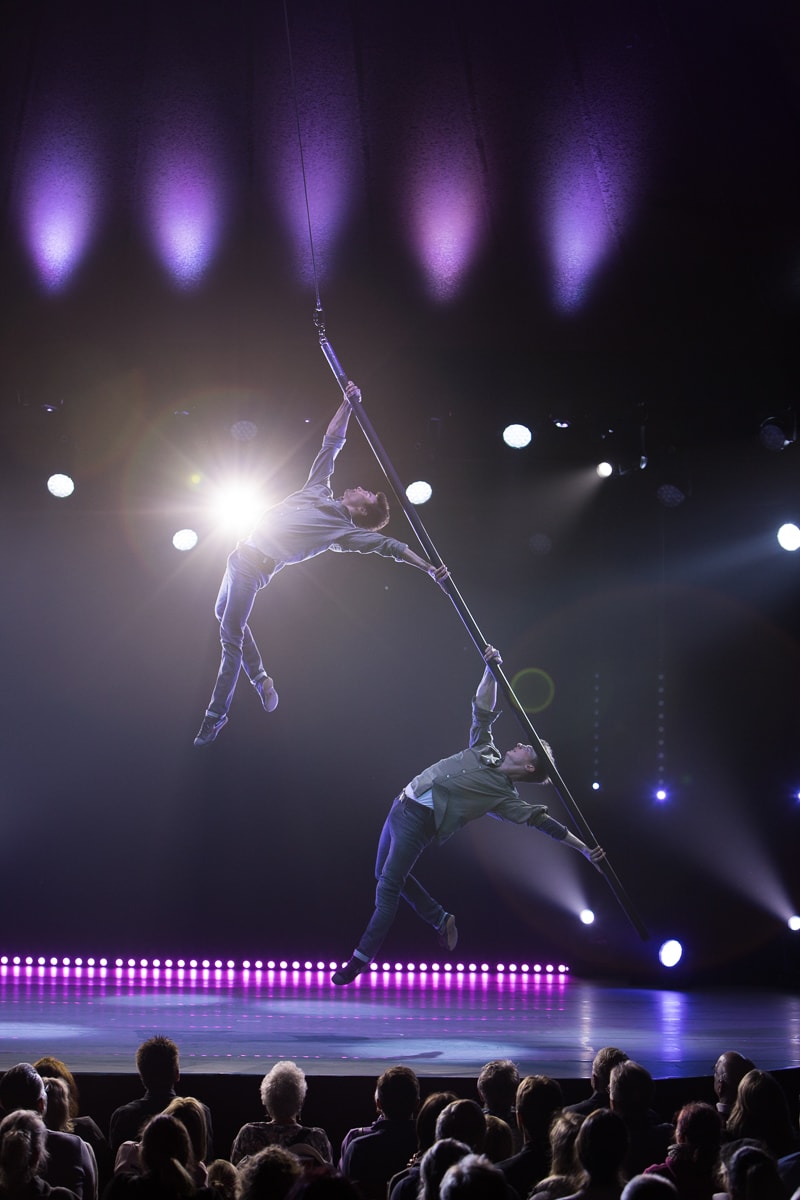 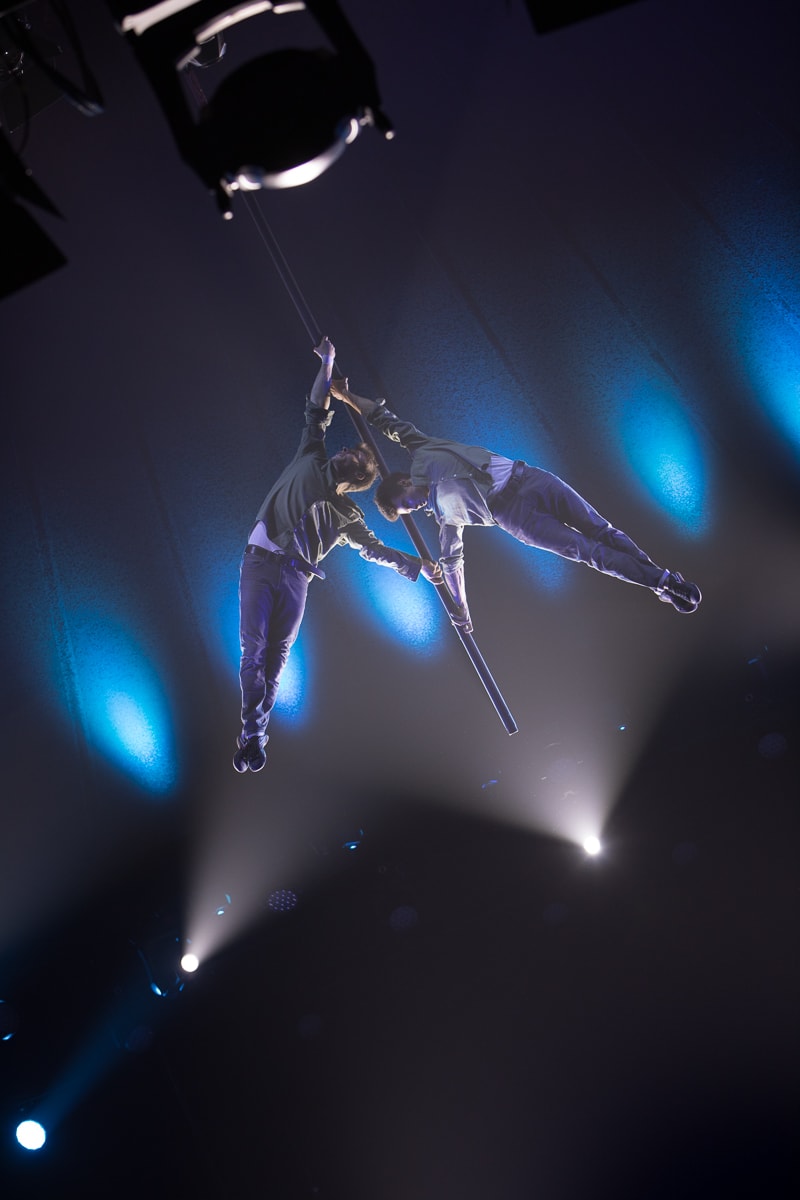 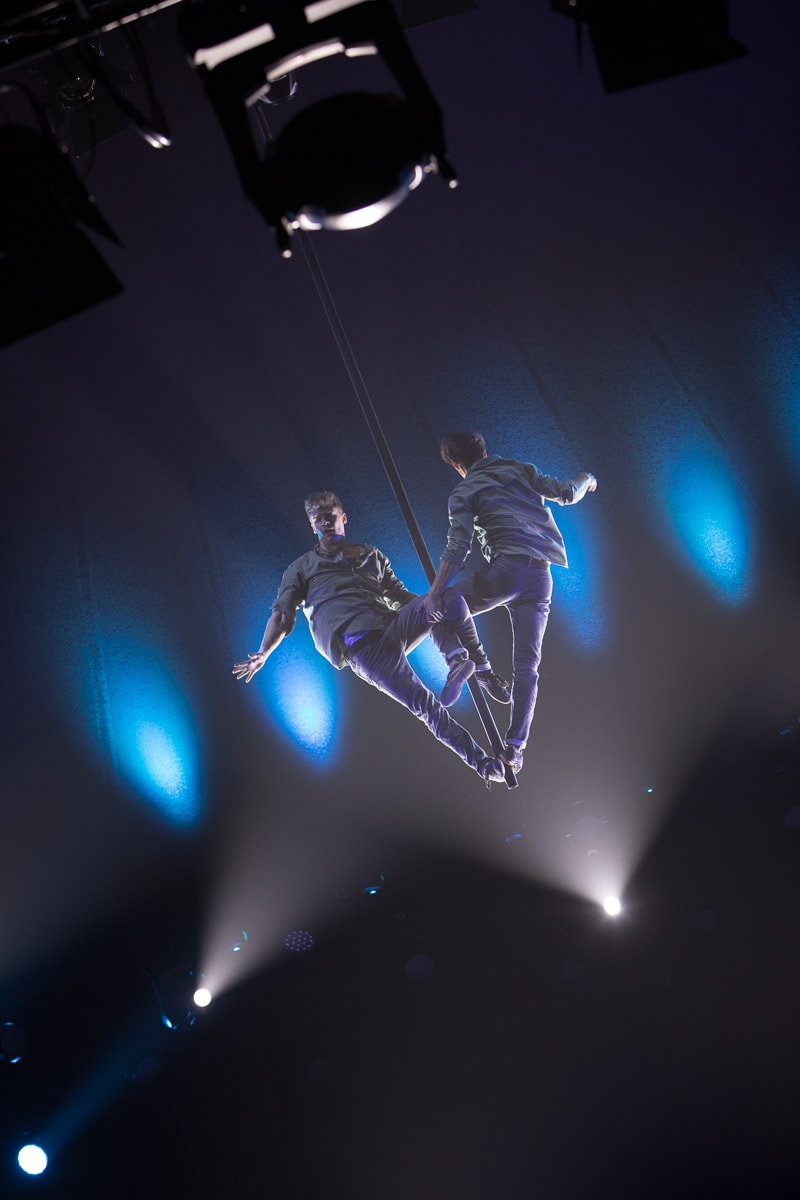 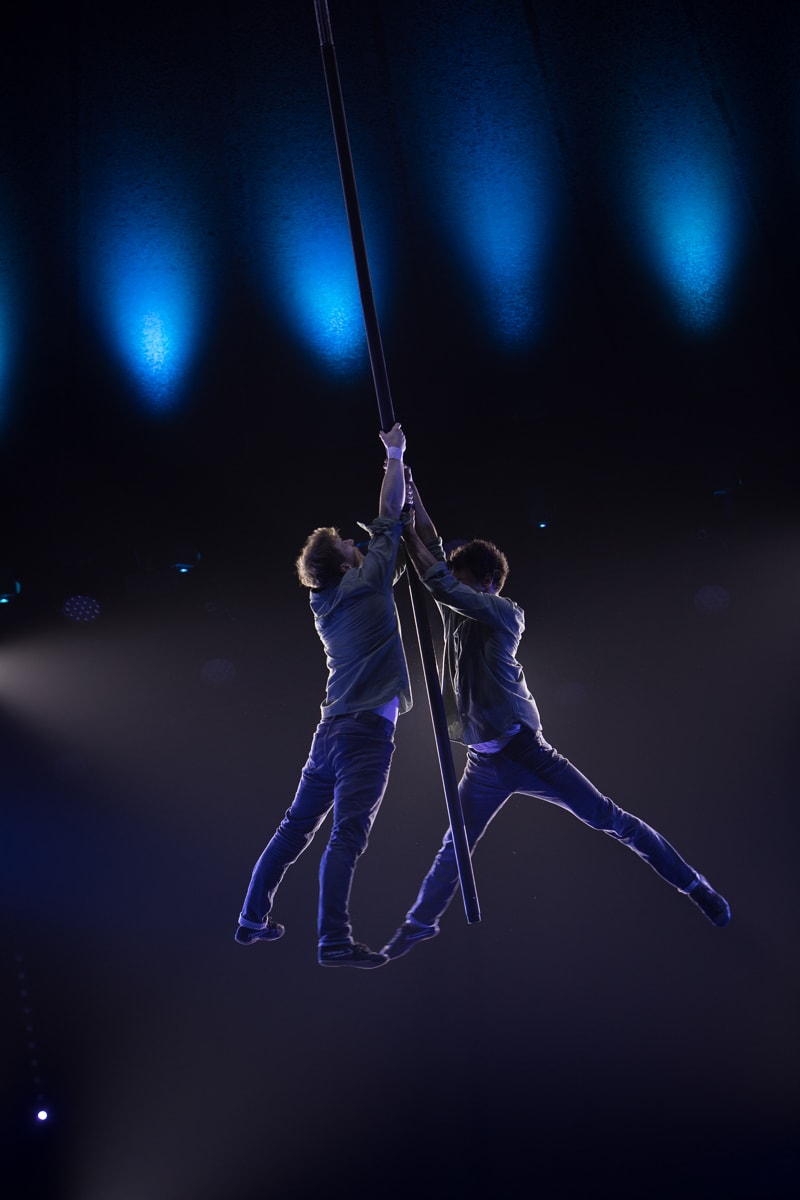 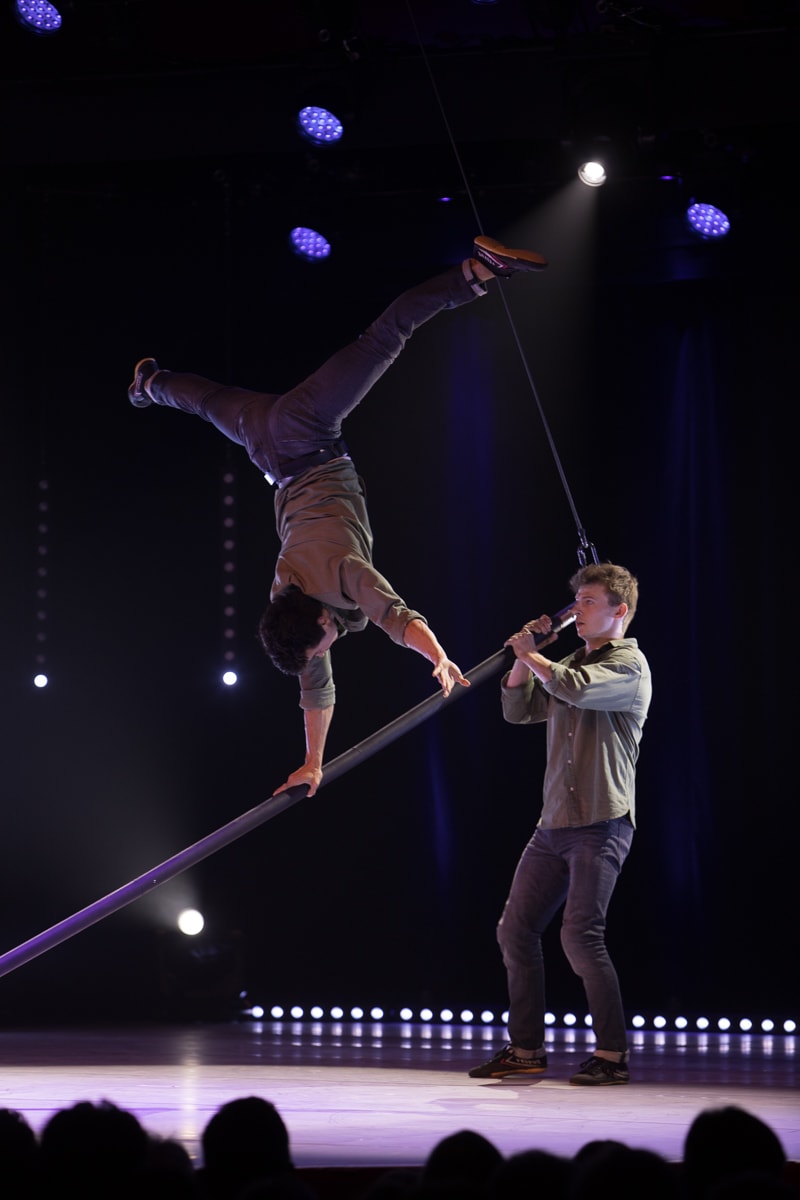 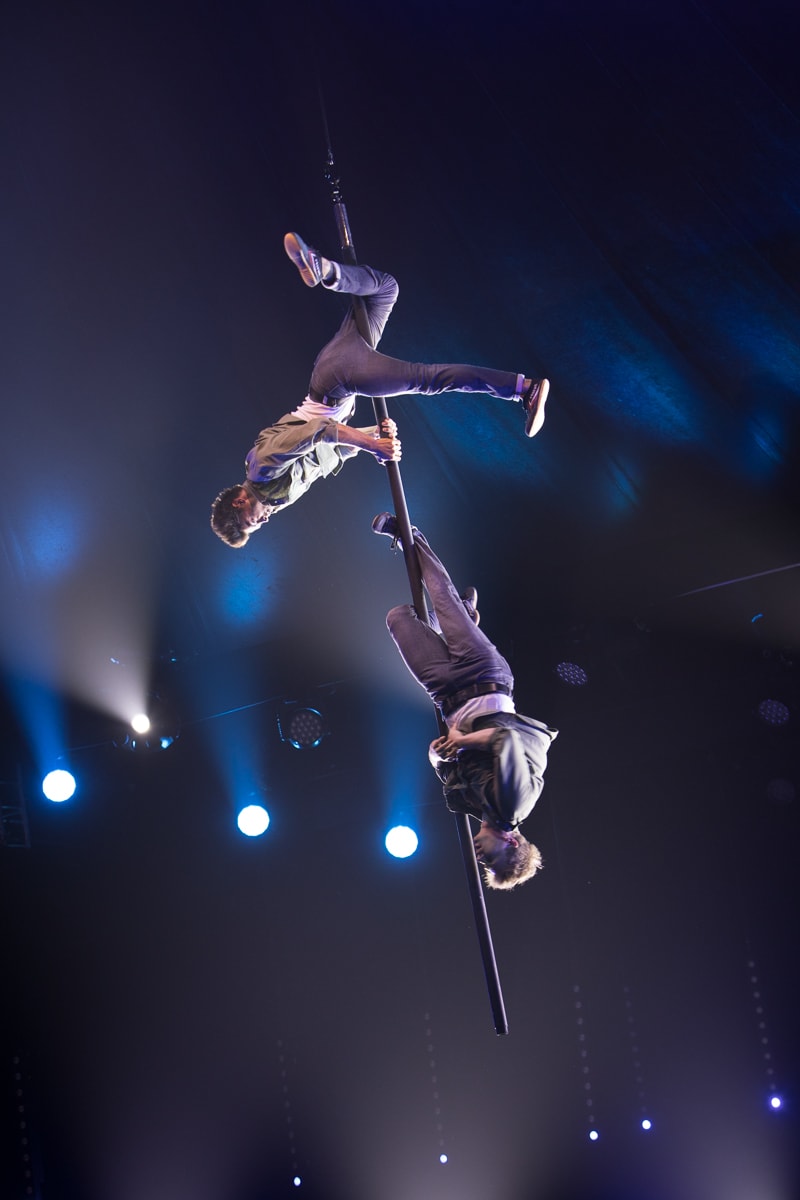 When Carlos was booked for the same event as Mario Español in 2016, the two spontaneously decided to create and perform a Chinese Pole Act together. The collaboration was a lot of fun for both of them, the dynamics and aesthetics as a couple worked perfectly on stage and the enthusiasm for new creations motivated them, to create unique content.
The success proved them right. Immediately, they were requested for multible productions and have since performed with Wintergarten Berlin, Palazzo, circus Ohlala, Urbanatix and at the side of pop star "Aloe Black" in sold out arenas at Art on Ice.

The performance on the Flying Pole is an eternal 'work in progress'. The duo is always developing new tricks, images and movement sequences, but you can be sure their are always powerful acrobatics, dynamic jumps and of course a pinch of daredevilry.

The act has won several awards. Among others, the Silver Star Prize at the International Circus Festival YOUNG STAGE (2019) and in 2020 the two made it to the finals of the French television program "La France a un incroyable talent".

The two are looking forward to perform again in Zurich in November 2021 - in the show Helveticus - as well as to celebrate their debut at Cirque du Soleil in June 2022 in Andorra.